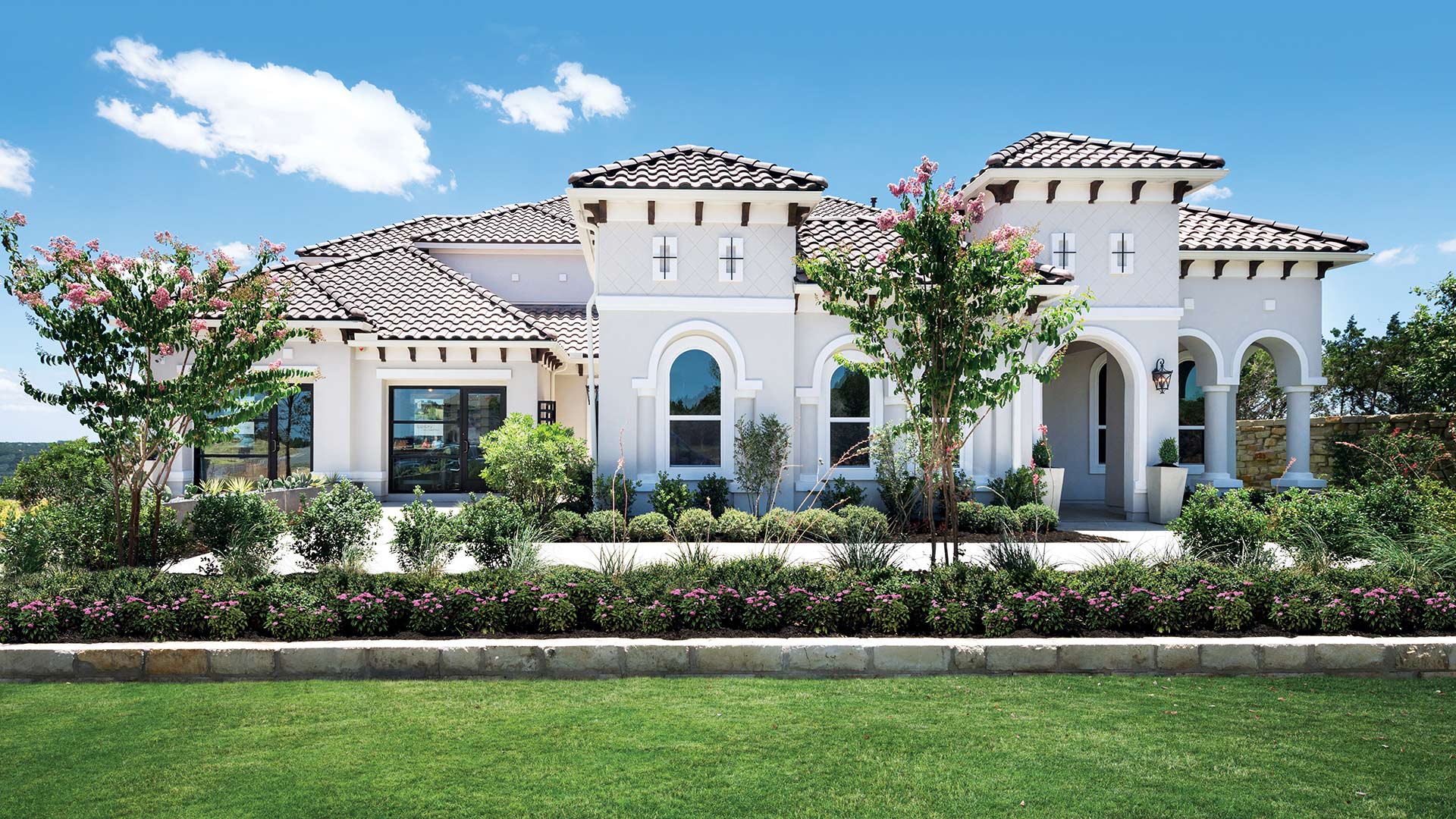 No matter what your financial goals are, we can show you the way to meticulously plan, execute, and succeed in Houston Real Estate.

Seeking to buy a house in the heart of downtown?  Want to sell a detached property in the suburbs? Interested in maximizing your investment returns?

The city of Houston is the largest city in Texas and the fourth-largest city in the United States. The population of Houston is over 2.9 million and growing with more than 250 people moving to Houston each day, drawn to the city for its low cost of living, affordable housing, and employment opportunities..

The city is big, bold, and vibrant, like everything in Texas should be. It is a busy, cosmopolitan city which offers much to those that live there. Most famously, Houston is home to NASA, and nowhere else in the world can boast its name being the first word uttered from the moon.

Houston is a hugely diverse city thanks to several international industries. Almost a third of Houstonians are foreign-born, and over 90 languages are spoken in this truly cosmopolitan city. There are thriving Hispanic and African American communities in the city too.

Some of Houston’s nicknames include Bayou City, Space City (thanks to NASA’s Manned Spacecraft Center), and Clutch City (due to back-to-back NBA championships won by the Houston Rockets in 1994 and 1995).

Southern Charm Against An Urban Backdrop

There’s much more to this Texas city than barbecue and baseball. With friendly southern charm set against a modern urban backdrop, Houston is a city that welcomes everyone. It’s my home city, where I was born and raised. The metro area is home to acres of green space, a plethora of diverse communities, a robust local job market, and plenty of affordable housing. Master plan communities and new construction continue to pop up at a rapid pace, attracting residents from all over the country to call H-Town home. No matter where you choose to live in Houston, you can be sure your home is close to world-class cultural attractions, entertainment, dining, sports, and other recreational options.

Families and young professionals alike will have no trouble finding the perfect neighborhood to suit their tastes. With a cost of living that’s entirely unheard of for a major American city, the lifestyle made possible by a move to Houston will blow you away. Everything from housing to groceries is cheaper in Houston when compared to most large cities around the nation. Best of all, there’s no state income tax.

The food scene in Houston is famous for its diverse offerings, and residents count themselves lucky to have such great restaurants at their fingertips. Tex-Mex is the city’s most famous culinary offering but, as you’d expect in such a diverse city, there Is food of all kinds available. Prices range from the high-end restaurants catering to the city’s oil millionaires to humble food trucks. Texas Forever!

Why Plan Your Move To Houston

The Houston Independent School District happens to be one of the largest. Actually, HISD is the largest in the state of Texas and operates 283 schools. While your primary education will be limited to schools located within the Houston area, secondary education for students is ample due to the many top-rated universities in the state. College-age students and residents of Houston will have the option of all colleges within Texas and will qualify for a significantly discounted in-state tuition rate. While not a state school, Rice University, located adjacent to the Medical Center and West U, is considered the Ivy League of the South.

Even if you have a young family, you can still find some of the safest neighborhoods in Houston to raise your children. These areas have lower crime rates, but they still offer the extraordinary neighborhood feel that so many people crave when moving to Houston.

Many of the suburbs served by Soho also provide a safe place to live and raise a family. Neighborhoods such as Sugar Land have a great reputation for being safe and we can give you extensive advice and information to help you decide the best location for you.

Houston is home to more than 30% of Texas’ African American population and is the nation’s 9th largest black population.

While a hot real estate market like Houston can be frustrating for homeowners, it can be ideal for single-family rental property investors. That’s because the strong job market in Houston is attracting more people, and when the housing market is tight they rent instead.

Any move to Houston is a smart one, particularly for those in the energy or medical fields. With multiple business districts, several Fortune 500 headquarters, strong international ties, two major airports and a bustling port, there’s no shortage of jobs in this city. Houston’s unemployment rate saw record lows in 2019. Even amid the COVID-19 pandemic, Houston’s job outlook has remained strong.

With a cost of living that’s entirely unheard of for a major American city, the lifestyle made possible by a move to Houston will blow you away. Everything from housing to groceries is cheaper in Houston when compared to most large cities around the nation. Best of all, there’s no state income tax.

While Houston’s TexMex and BBQ options are every bit as good as their reputations suggest, Houston has so much more to offer. Anthony Bourdain called Houston, “a Wonderland of Strange and Diverse.”

In this city, you can eat at a different restaurant every night for a year without running out of options! Classic American, vegan, Thai, Indian, Italian (the original Carrabba’s is in Houston), you name it! Houston’s profusion of taco trucks serving up classic street tacos make grabbing a quick, cheap, and tasty snack easy and enjoyable.

Houston also has a wide variety of pubs, cafes, and cocktail bars.

This tiny suburb is home to nearly 16,000 people and is more affordable than The Woodlands for housing. As more companies move to the nearby Energy Corridor and Memorial City area, Katy is quickly becoming more popular. It also has one of the top-ranked school districts in the city

Fort Bend County is one of the largest growing counties in the country and the quaint Texan charm of Sugar Land certainly contributes to this growth. With a town square for shopping and community events located in the center of the community, it’s small-town meets suburban living. Sugar Land is also one of the safest neighborhoods.

Pearland is in Brazoria County and is one of the best places to live in Texas. Living in Pearland offers residents a sparse suburban feel and most residents here own their homes. In Pearland there are a lot of parks, making it popular with young families and couples. The public schools in Pearland also contribute to its popularity.

Missouri City is in Fort Bend County and is one of the best places to live in Texas. Living in Missouri City offers residents a rural feel with plenty of outdoor space. As with many Houston suburbs, the schools here are of a good standard and you’ll enjoy access to a number of reputable local restaurants.

Downtown is a neighborhood in Houston, Texas with a population of 16,669. Downtown is in Harris County and is one of the best places to live in Texas. Living in Downtown offers residents an urban feel and places them at the heart of the action. In Downtown there are a lot of bars, restaurants, coffee shops, and parks. Many young professionals live and work in the Downtown area.

Living in Midtown offers residents an urban feel and just like Downtown, places them at the heart of the action. In Midtown there are a lot of bars, restaurants, coffee shops, and parks. Many young professionals call Midtown home but the schools found in this area are well above average, meaning it can be considered by young families wanting the city’s amenities on their doorstep.

Ready To Build Recession-Proof Wealth?
Let the SOHO team show you how!

Questions About Financing, Buying, Selling or Investing?
Let's talk about it
Contact Us 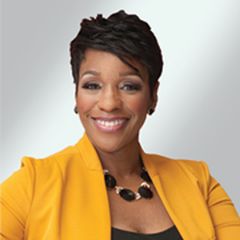 Ask Us A Question

Write a message below